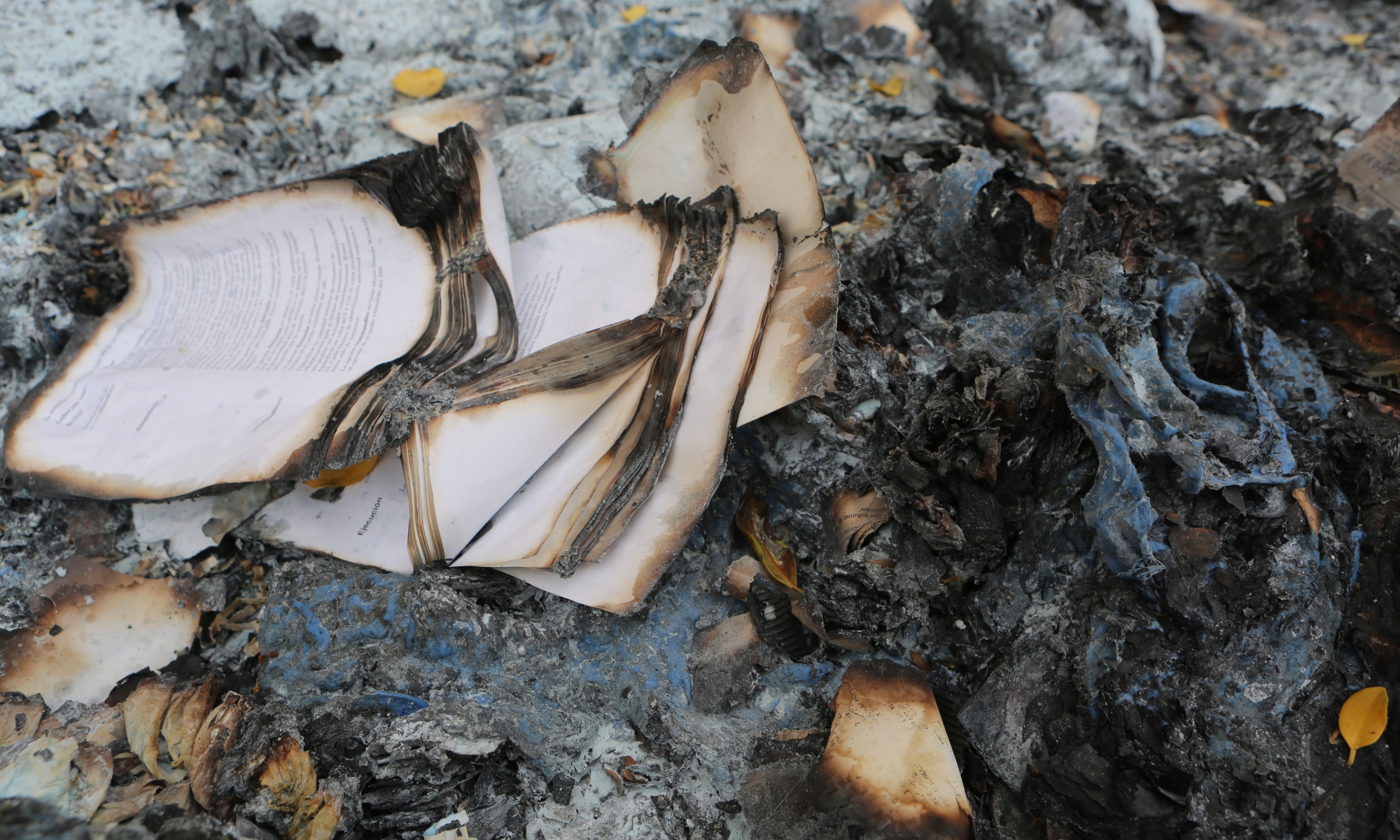 “Some douchebag mugged an old lady and made off with her purse yesterday.”

“Oh my word, that’s horrible. Is she all right?”

“Oh yeah, she’s okay, especially since that guy got hit by a bus immediately after.”

“Well, it sounds like he got his just desserts.”

Everything is a lie. I’ve been using the phrase “just desserts” incorrectly for my entire life. Now, I don’t use it very often and I need to find more excuses to interject it into daily conversation, but I wigged out about this for three whole minutes. That’s a long time to be psyched out about a seemingly everyday phrase, mind you

Apparently, the idiom “just desserts” is actually “just deserts.” When I first read that, I thought it was a typo or that it was referring to lands of sands and camels and cacti and the like. It is not a typo. It sounds just like “just desserts,” but comes from an entirely different root from scrumptious “desserts” or sandy “deserts.” According to mental_floss:

It comes from an old noun form of the verb deserve.

English – and likely most languages – have oodles of words and idioms that have gradually evolved in meaning or understanding. For example, I had believed “just desserts” meant that someone got the amount or type of desserts they metaphorically deserved. (And I highly doubt I’m the only one). But funnily enough, even with my misunderstanding, the meaning was actually still very close to the original (although I highly doubt 13th century France had desserts quite as gut-blowing as what we have today).

Here’s a common example of the evolution of phrases – you’ve probably even heard it today:

“I could care less.”

Was that painful to read? However, when you hear someone say that instead of “I couldn’t care less,” don’t you still understand what they’re communicating? Isn’t that absolutely amazing?

Oftentimes we find ourselves cringing at this supposed collapse of the English language. And you’d think that, as a linguistics student, I’d happily cringe and sieg heil alongside your neighborhood Grammar Nazi. On the contrary. Exposure to the big wide field of linguistics has actually turned me away from the GN party and I’ve since begun to embrace the freedom of the evolution of language. It’s like being able to take your wire bra off after years of having to pretend hiding your nipples and boosting your cleavage was the only way to be.

Sure, “I could care less” is illogical in relation to its (usually) intended meaning. But here’s a newsflash: words are by their very nature metaphorical. I’ll admit that liberal policies need conservative ones to balance them out. We can’t have all words be completely meaningless or else language becomes functionally moot. But can we get over the nitpicking and just marvel at how the hell we can understand one another to the extent that we do? I mean, I thought that “just deserts” had to do with desserts and yet, you would have understood me regardless of my silliness.

If you’ve read this far, you’re likely a fellow word nerd, so I’m going to recommend a fabulous, fun read: The Etymologicon by Mark Forsyth. It’s a book-length chain of etymologies, a stream of consciousness of glorious word nerdiness. Here’s his blog, Inky Fool, for a taste of his humor and knowledge. [Edit: Wow, that sounded like a paid plug. I promise he didn’t put a gun to my head and threaten to take my WiFi away. I just really love that book!]

So what do you think? Is English going down the toilet or do we have some hope yet? Do you have any favorite idioms that don’t make any literal sense? Or phrases or words that didn’t mean what you thought they meant? Share them in the comments!

7 Replies to “Today I Learned: “Just Desserts” Is Not What It Seems”